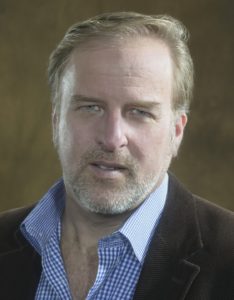 ANTHONY FLINT is an author, journalist, and speaker on global urbanization, land policy, and architecture and urban design. A fellow at the Lincoln Institute of Land Policy, he is author of Modern Man: The Life of Le Corbusier, Architect of Tomorrow, (New Harvest 2014), Wrestling with Moses: How Jane Jacobs Took on New York’s Master Builder and Transformed the American City (Random House 2009) and This Land: The Battle over Sprawl and the Future of America (Johns Hopkins University Press 2006), and co-editor of Smart Growth Policies: An Evaluation of Programs and Outcomes (Lincoln Institute 2009).

He has been a journalist for over 30 years, primarily at The Boston Globe, a policy advisor on smart growth for Massachusetts state government, a visiting scholar and Loeb Fellow at Harvard University’s Graduate School of Design, a practitioner fellow at The Rockefeller Foundation’s Bellagio Center, and writer in residence at The American Library in Paris. He is a regular contributor to The Atlantic’s CityLab, as well as The Boston Globe, The New Republic, GlobalPost, Next City, Metropolis, Planning magazine, Planetizen, Citiwire, Architecture Boston, Architecture magazine, and many other publications; author of the blogs At Lincoln House, Developing Stories, and This Land; and a curator and speaker at TEDxBeaconStreet andTEDxTampaBay. Wrestling with Moses won a Christopher Award in 2010.